It seems like it’s not enough that four studios are working on BioShock 2, the game will not be ready for its previously set launch date of November. Take-Two announced today that it would be moving the release of the game past quarter 4 of ’09 to “fiscal 2010”, in order to devote additional development time to the title. 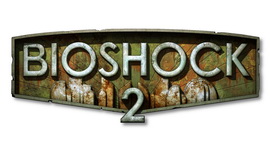 Meanwhile, the ARG-lite viral site Something in the Sea has continued to receive updates, unravelling the story of Mark Meltzer and his search for the missing girls, and involving the community as well by sending out puzzle items. The Cult of Rapture community site has been posting concept art and sound clips of the Little Sisters and Big Daddies, providing more insight into their creation. In related news, 2K Boston’s Ken Levine has contributed to Rock Paper Shotgun’s Gaming Made Me series with a post about his gaming education.