SNK Playmore have put up a dedicated, if Engrish-ridden 20th anniversary website for their console, the “NeoGeo Museum,” ten years after the last NeoGeo console was shipped:

Looking back 20 years ago to 1990, a video game company by the name of SNK teamed up with ALPHA DENSHI (ADK) to develop a video game console. That console was made for arcades, yet at the same time was completely compatible for home use. It was called the “NEOGEO,” meaning “new land,” and owns a significant chapter in the annals of 1990s video game history.1 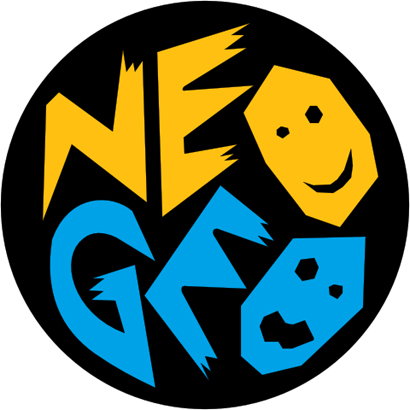 The museum comes hot on the heels of a Japanese announcement that the company has also curiously restarted their repair service for the console. The service was previously shut down three years ago in 2007.

While the website remains relatively barren as-is, I fully expect the website to see more updates later, at the very least to the advertisement gallery. That being said, what I would have enjoyed the most is a crash course –like history into the extremely convoluted spelling policies of the console! Think about it: Neo Geo, or Neo-Geo? Or Neo•Geo? NeoGeo? All-uppercase NEOGEO!?

As you might have heard, after reissuing a portion of their back catalogue digitally, Interplay also seem to be re-retailing some of their classic games. Make of that ethically what you will - especially in relation to the recent, omnipresent lawsuits - but as things stand, it seems that the earlier Planescape: Torment release date got pushed back a month, and the current release date stands at the 20th – that is, in a few days. That means we have just enough time to outline how to best install mods for the game!

First off, we would start with installing the official v1.1 patch. This is not required for 2CD versions of the game, though I’ve never come across those. After that, the smartest choice is bigg’s unambiguous Widescreen Mod, currently sitting at v2.2 - as an added plus, it works for other games built on the Infinity engine, too. To get more bang for you buck with the bigger resolution you just got, you should also install GhostDog’s PS:T UI mod for the aforementioned. According to the site, it makes “1280×800, 1280×720, 1280×768 and 1280×1024 resolutions viable for Planescape: Torment by changing a number of things in the UI.”

END_OF_DOCUMENT_TOKEN_TO_BE_REPLACED

LucasArts recently re-released their long-running, beloved Jedi Knight series digitally on Steam to a rather ecstatic response to boot; only, a major wrench got thrown in the gears when the parties responsible failed to appropriately revise the games for the most current generation of operating systems. As a result, the three earliest releases - Dark Forces, Jedi Knight and its expansion disc, Mysteries of the Sith – suffer from instability, incompatibility, crashes, bugs and other lesser issues.

This is a rather shocking turn of events after a wildly successful reintroduction of the classic LucasArts back catalogue to audiences old and new, and indeed strikingly qualitatively different from the previous batch of releases, especially so when taking into account that fixes to some of the aforementioned issues are in fact readily available! For instance, players who already own the games on CD can simply extract the original wave audio for their background music to work (thanks Richard!).

It is only natural, however, to find the company trying to think up ways to maintain the newfound revenue flow and subsequently benefit from the excitement caused by these re-releases. Therefore, it’s also all the more disappointing that oversights such as the aforementioned might considerably affect the public perception of the company’s current endeavours.

END_OF_DOCUMENT_TOKEN_TO_BE_REPLACED

I’ll be the first to admit I had very little interest in Jordan Mechner‘s latest activities just a few months down the line. We may have had the latest Prince of Persia coming out from Ubisoft, but then again, Mechner had very little to nothing to do with that particular project. All this changed the moment Mr. Mechner started re-posting his old personal journal entries from the late 80s!

In his journal, we discover a moody young man in his early 20s, candidly writing of his wish to become a Hollywood scriptwriter(!) and the hardships of trying to stay motivated and working on a computer game seemingly destined for failure. That is, a game that later received an endless amount of ports, sequels and turned out to be one of the most iconic platformers of all time…

But by the time I got to Larry 7, I actually did know “how to do this!” But, damn the luck, that was the last one!

In my earlier, wistful post about ex-Sierra developers, we ended up somewhat brushing over Al Lowe‘s most recent exploits. Suitably then, Noise to Signal talked to the very esteemed game designer in an excellent, good-humoured interview last November. Last November?! Yeah – I had all but forgotten about it until I recently bumped into Narrative Flood’s recent discussion of the Leisure Suit Larry series. Though the interview is ostensibly on the longer side, it still remains a breeze to read through – and more than worth your time if you’re intrigued by Lowe’s trademark topics!

After all, Lowe has a fantastic reputation as a soft-spoken funnyman – with a dazzling résumé to boot. Nevertheless, having been unable to auctioneer his latest game, Sam Suede, off to publishers, the Leisure Suit auteur is now fully retired from the gaming industry. The interview thus courteously chooses to focus on themes from Lowe’s past, and that’s more than fine with us here at The Slowdown: We don’t have the “Time Machine” category for nothing!

After the jump, I’ve embellished paraphrase from the review with some commentary and tidbits of my own.