No Man Is a Dead Island

…but maybe a zombie is! A singular and unique, expertly designed trailer was all it took to light a fire under the video gaming community, bringing a slow and deliberate simmer to an absolute, absolute boil. This trailer, with its decidedly nihilistic take on the zombie mode, exhibited in reverse and to a haunting piano-based soundtrack, has been called the best trailer of the year (in February!) on several sites already, for instance, by LA Times’ 24 Frames, The Escapist, Unreality, and Ain’t It Cool News:

This heavy praise heaped on the sudden smash hit of a trailer, of course, was directed towards Techland’s Dead Island, now officially housed under the wings of the German publisher Deep Silver. The game has indeed been simmering under the surface for years, with first indications of the game’s free-form, melee-based survivalist direction coming in late 2007. And then silence.

With the aforementioned trailer - and the publicity that came with it - however, everything changed: Not only is gamer interest suddenly deafening for the game (as well as the trailer, which is now as well-known as it is controversial), in an intriguing turn of events, it was also revealed that film producer Sean Daniel, together with Union Entertainment, had acquired the movie rights to the game last year and are supposedly pushing hard to get the film done soon with a Memento-style structure. 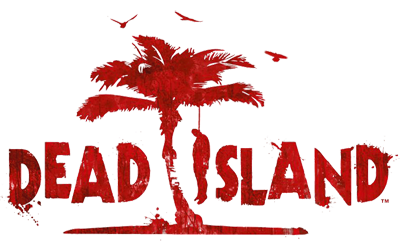 For an interesting take on the announcement video, you should head over to check out Frictional Games’ dissection. As if to counter the major points of the aforementioned analysis at the Frictional blog, however, a straight “Backwards-Forwards” version was also made available by IGN. Beyond the temporal trickery and the ferocious style, it is also the animation of the trailer that is of especial merit: For instance, take a quick look at 1:32 of the reversed video as the father jumps in order to swing his fireaxe with more momentum in an unprecedentedly realistic and visceral manner that somewhat resembles a real live stand-still superman punch. Technology-wise, the developers have actually illustrated their multi-layer gore system before.

The game’s theme, “apocalypse in paradise,” has been done before in Dead Rising 1 and 2, and indeed Dead Island seems to resemble the aforementioned both in terms of its combat and its bleakness; after all, underneath a joyous façade of cartoony boss fights and a parade of outrageous costumes, Dead Rising 2 is actually a decidedly morose and bleak affair. Dead Island’s general visual aesthetic, then, recalls to me that of Resident Evil 5:

A major point of contention, which the game’s success ultimately hinges on, will be the developers’ ability to spice up that combat! Fortunately, other games such as Dark Messiah of Might and Magic and Zeno Clash have already illustrated that it is indeed possible to construct engaging and visceral melee-only fighting. Another important feature to take into account will also be the successful integration of the game’s co-operative mode, especially given the fact that the game is actually supposed to be highly narratively driven, as in an early 2008 interview, Techland’s Blazej Krakowiak told That VideoGame Blog that

There is definitely a story behind all that and it’s big. Those initial goals appear straightforward but there is more than enough to fill the space between them. Think of the initial objectives as an earthquake at the beginning, from there on the tension will keep rising right to the end. Dead Island definitely is story-driven.1

Developers Techland are currently best known for their popular western shooter series Call of Juarez (to which the aforementioned Union Entertainment also own the filming rights), and the lesser-known sci-fi shooter Chrome. While the devs certainly have their hands full wrestling with a supersaturated genre, Dead Island looks to be a highly promising take of the zombie topos. Fingers crossed!